Does bonus issue and share split matter for investors? – myths and realities 🎁💹

Home » Does bonus issue and share split matter for investors? – myths and realities 🎁💹

Does bonus issue and share split matter for investors? – myths and realities 🎁💹

This week we why and how bonus issue and share split matter for investors followed by what’s trending in markets and curated good reads.

Indian markets had a bad week as indices shredded -4.4% overall driven by an out of turn rate hike by RBI as well as hikes globally driven by fears that inflation can be persistent.

The only sector in green over the last month is Power as India is seeing the highest power demand ever. We believe the increased power consumption would steer the industrial growth and this correction presents a buying opportunity incorrect pockets. 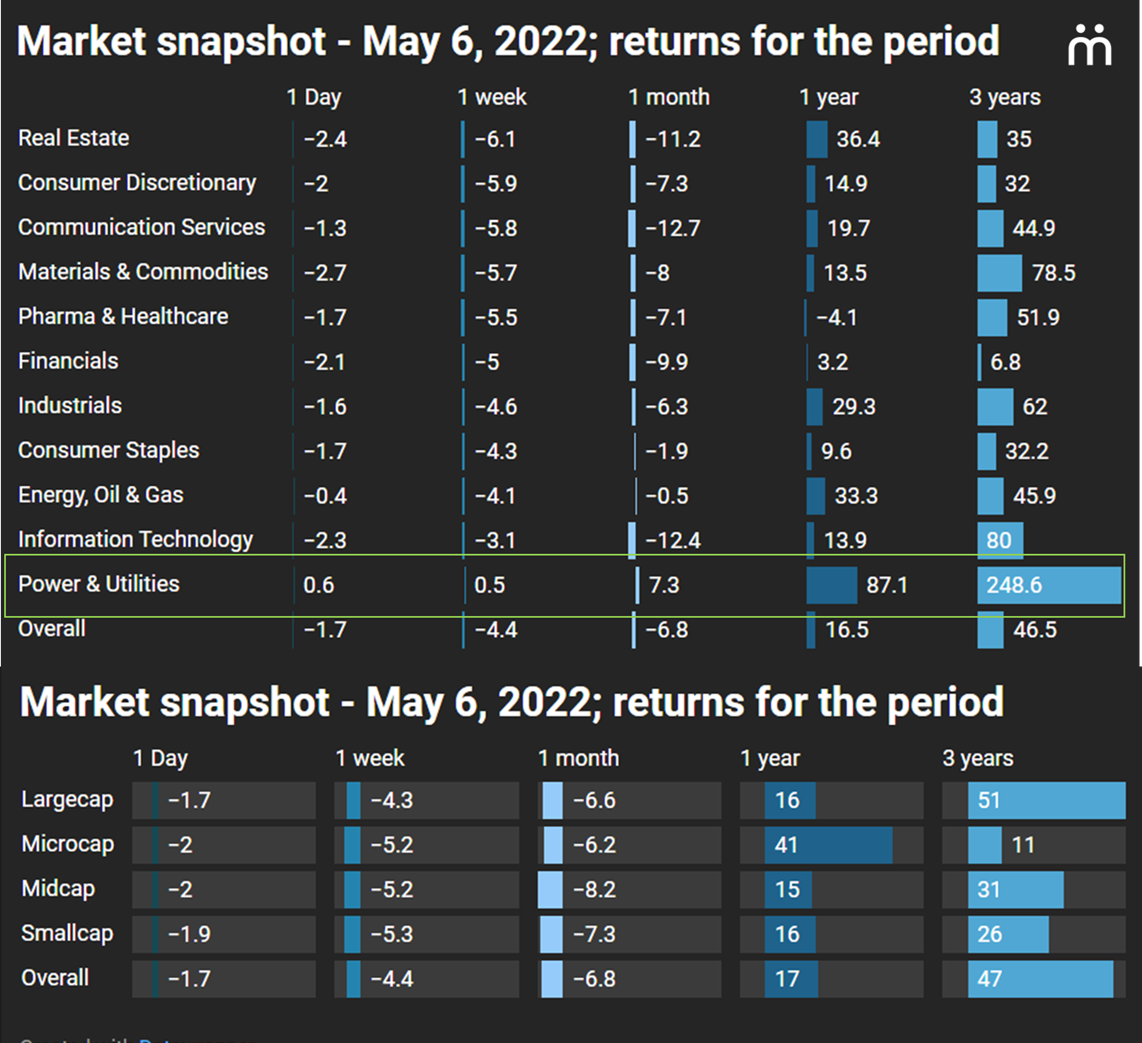 We have identified some and launched the Do as the Promoter does stock basket with a diversified selection of 20 good companies where promoters have been increasing their stake substantially. Read more here and consider subscribing!

2. Does bonus issue and share split matter for investors? – myths and realities 🎁💹

Recently, the market has been abuzz with announcements of bonus issues/ split shares from many companies such as Tata steel, Varun beverages, Hindustan Foods, AU small finance bank & Nazara technologies.

Let’s briefly understand what happens when a company announces a bonus issue/split share:

Varun beverages share price increased by 4% after the bonus issue announcement and this is not 1st time that shareholders became excited about the news. This happens all the time🤷‍♀️ and one such example is IEX when a few months back (Oct’21) it announced bonus shares & the price increased by 20% hitting its 52-week all-time high. So many investors believe this:

Some common myths in the market:

Now that the most common myths are busted, Let’s move forward & decode how exactly these issues reward the shareholders:

2. From an increase in Market capitalization of the company:

After the bonus/ split the share price seems less costly on absolute terms, and a large number of retail shareholders are able to buy the stock. Higher demand for the stock, again, ultimately (immediately in a few cases) leads to higher share price, thus increasing the market capitalization of the company.

(i) HCL technologies: Market capitalization increased from 1.41 lakh crs to 1.51 lakh crs immediately after the bonus shares were tendered.

(ii) Eicher Motors: Similarly in Eicher motors, the market cap increased from 47,000crs to ~60,000crs after a few days of the split share.

3. Bonus stripping: Many people, especially wealth managers used to do bonus stripping to save the taxes as one could have saved ~20% tax by booking short-term losses against long-term gains.

But this strategy is no more often used after the IT amendment because now long-term capital gains are taxed at 10% which means the tax benefit has been reduced by 10%. To know more details, click here.

So the Bottom line is: On the face of it, it seems like the bonus/split issue has no value but eventually shareholder is rewarded because it is not a zero-sum game. Rarely does someone talk about this on social media because people who genuinely understand & implement this psychology game, usually stay quiet?

✔️ India is facing cooking oil shortages. This is because government has been focusing a lot on increasing the sugar crop acreage to encourage ethanol blending.  This has led to declining in the acreage of pulses & oilseeds. According to Siddhartha Bhaiya, with more use of ethanol, we will reduce crude imports but at the same time India will have to import refined oil & pulses. So net-net there will be no impact on the import bill.

✔️Union bank became the 1st public-sector bank to start working as an account aggregator. Till now 3,32,000 customer accounts have been linked with this overall framework. Now, the next step will be to get more banks, especially, SBI to get live under the same.

4.1 A write-up by Morgan Housel on “How people think”

4.2 An article on Warren Buffett and Ted Williams on how to make better decisions in life and work.

4.3 A research paper on “Do stocks outperform treasury bills?”. This paper gives a good primer on why it is so important to choose stocks carefully and buying leaders usually helps. Because in the data mentioned here that:

“The best-performing 4% of listed companies explain the net gain for the entire US stock market since 1926, as other stocks collectively matched Treasury bills” and these 4% of the companies definitely include all the FAANG stocks which are again leaders.