India’s Green Hydrogen policy & how will the incentives help

Home » India’s Green Hydrogen policy & how will the incentives help

India’s Green Hydrogen policy & how will the incentives help

Hi folks👋 This week, we covered the Market snapshot, Green Hydrogen policy- India aims to become the “Middle-East” for Green Hydrogen followed by what else is trending in markets & curated reads.

Like last week, this week too overall market fell by 1.4% and in last one month markets have fallen by 6% compared to 21% and 60% gains in last 1 and 3 years! A joke I read was “it seems Russia has bombed NIFTY instead of Ukraine”. That to me is a smaller reason. Mr Market seems more concerned about the impact of higher inflation & bond yields in global markets.

Only the Energy/Oil & Gas sector gained 1.3% last week because of rising crude oil prices helping Oil marketers. Also, a key driver could be optimism in the sector due to the Green hydrogen policy announced by the ministry.  We have explained the same in detail in the next section. 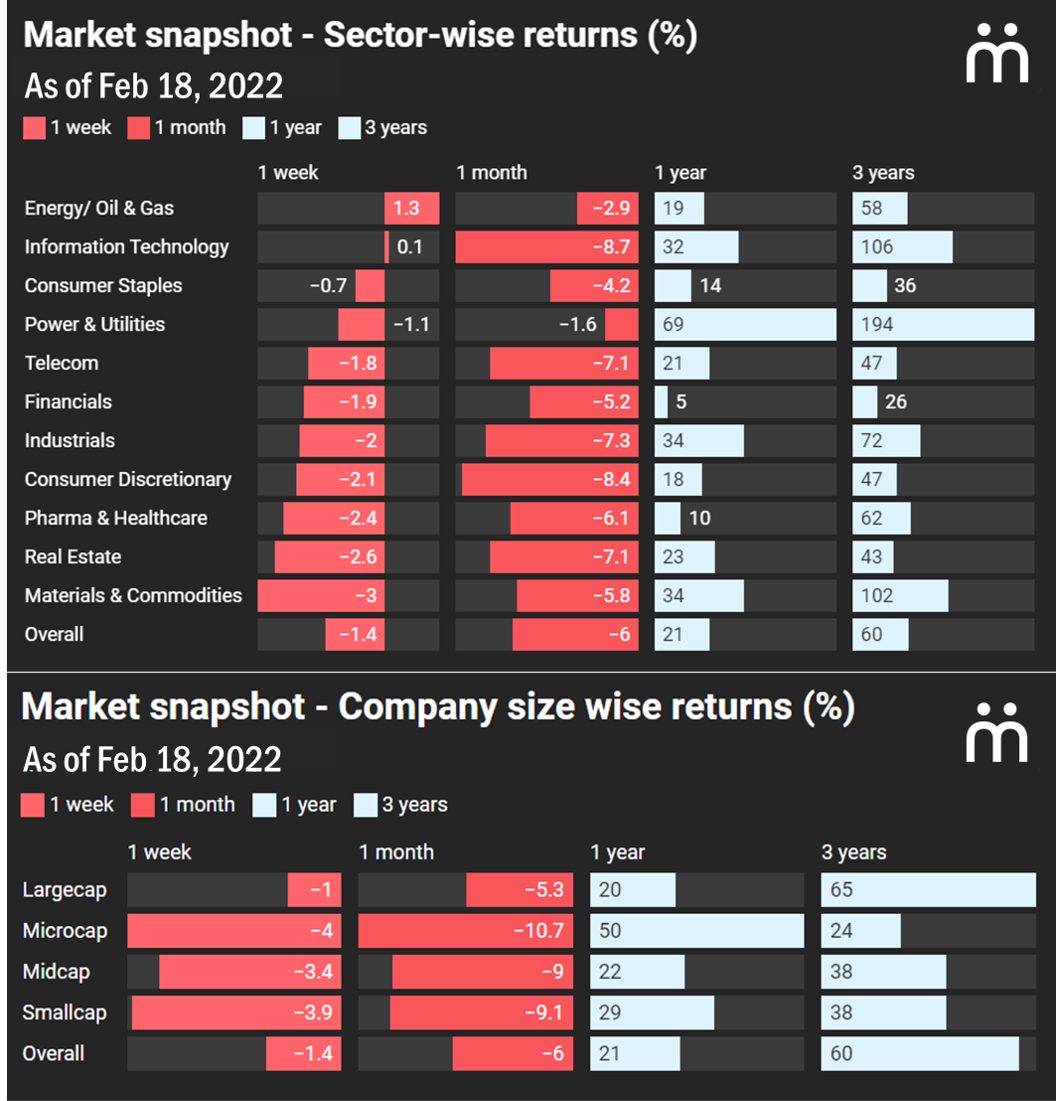 Over the last month, micro, small, and midcap segment, top gainers in last year, has been seeing double the fall of large caps. Signs for caution/ portfolio rebalancing?

2. India aims to become the “Middle East” for  Green Hydrogen 🌍🍃

Last week, the Ministry of Power announced the Green hydrogen policy, which is mainly focused on laying out the roadmap for achieving the target of generating ~5 mn tonnes of green hydrogen (which is derived from renewable energy) & becoming an export hub by 2030.

To boost the overall industry, over and above the allocation of USD 5.6Bn in the form of PLI scheme, players in this domain will be majorly provided the following incentives:

But why is green hydrogen important?🤔

50%+ of hydrogen in India is consumed by the refining & steel sector alone and also consumed largely in other industrial heavy sectors like fertilizers. So to meet the demand for hydrogen and simultaneously focus on reducing the carbon footprint, shifting towards green hydrogen becomes crucial.

India has the 3rd largest fossil fuel consumption and that too via imports (India currently imports 85% of oil, 50% of natural gas & 30% of coal), so by shifting to green hydrogen, not only the carbon footprint in India will decline but it will also reduce our fossil fuel imports and fiscal deficits.

How will these incentives help?

The incentives provided in the policy will lead to a significant reduction in Costs- transportation & storage (It is expected to decrease the cost by ~50%)and time to set up the facilities.

There are many opportunities available in this evolving sector across the value chain i.e. from manufacturing to generating energy from electrolyzer to distribution, one can dig deep and find out which sub-segment has the highest profit pool.

Already, there are many companies in India that have announced their projects, Reliance Industries being the leader amongst them. Check out the details in the table below:

When coming to Bharti Airtel, one should not forget its extraordinary performance since the last few quarters, for perspective, it is generating ~49% operating profit currently which is excellent for a telecom player!

✔️Dhani-scandal📛Users of Dhani- a fintech lending app (earlier Indiabulls consumer finance) reported that the company has approved the loans on their PAN card numbers without them seeking it!

✔️Tenure of N Chandrasekara as a Chairman of Tata group has been extended for the next 5 years. He has been one of the key driving factors for the business & has constantly proved how the management’s right mindset does wonders for the company! 🧑‍🤝‍🧑

This is not the first time, there are many other examples where management has taken the companies to another level, check out the details here.

4.1  A thread by Michael Mauboussin on 3 types of return every investor should pay attention to

4.2 Addition by Subtraction– nailing the art of investing by following a few principles.

4.3 Fear & Greed– 2 emotions that govern the behavior of market participants

4.4 A write-up  on Minsky moments in Venture Capital