Signs of the turnaround in Automobile sector?🔄

Home » Signs of the turnaround in Automobile sector?🔄

Signs of the turnaround in Automobile sector?🔄

This week we explained why we can see signs of turnaround in automobile sector followed by what’s trending in markets and curated good reads.

In the last week, no particular sector showed strength, with COnsumer and Power being the two in green. NIFTY IT index continues to see a correction and is down 9%. Considering that NASDAQ is now trading at 52-week lows after Friday’s 4% fall, the bottom here seems some time off. Meanwhile, the attrition number for big IT players came it above 25%, with the lowest being TCS at 17.5%.

One observation I want to highlight is that micro, small, and midcap segments were weaker than large caps for the first time in a while, falling 2-3% vs 0.7% fall in large-caps. If your portfolio is too small and micro-heavy, this might indicate some rebalancing. 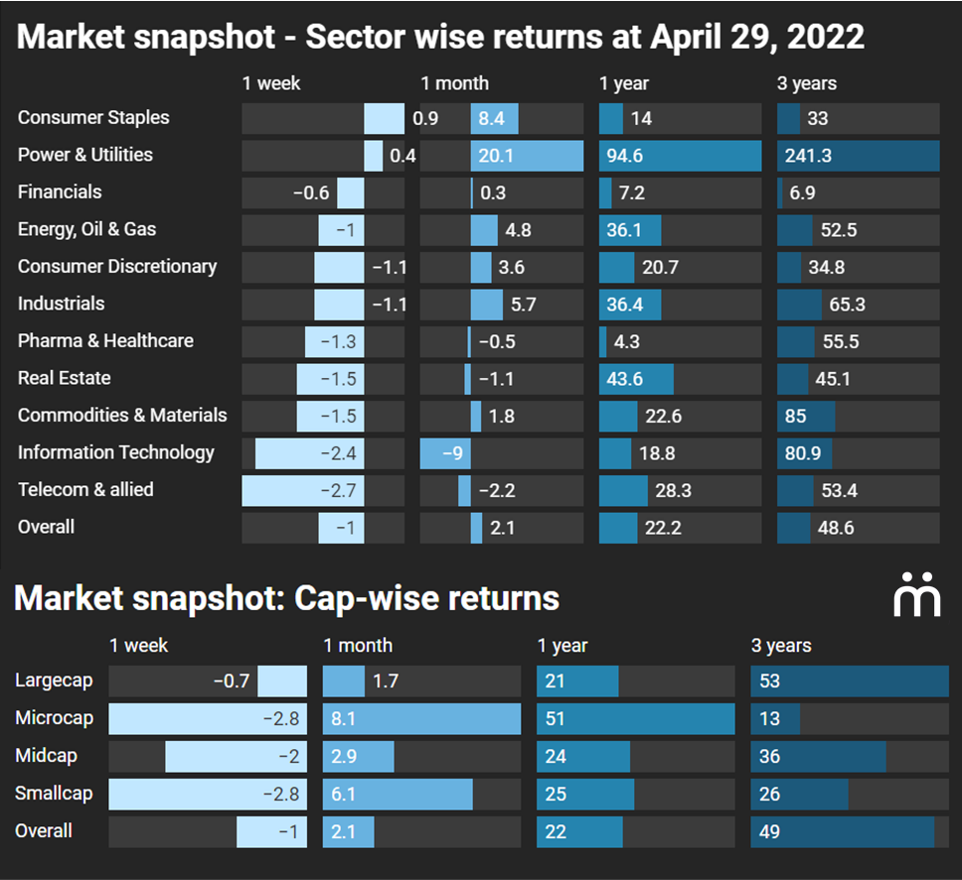 2. Signs of the turnaround in Automobile sector?🔄

You might be aware that the automobile sector has been under pressure for a long time now. The pessimism in the sector is due to many reasons such as demand slowdown, supply chain issues, high commodity prices, freight issues, and what not🤷‍♀️

But will this situations always persist? Should we stay away from the automobile sector? No! Because We have so many recent examples where sectors like steel, power, and textile that didn’t perform for so many years but companies in the very same sectors have been the biggest wealth creators for one who would have invested at the right time.

So to understand the status of the industry, I collated & analyzed the results of automobile & auto-ancillary companies that have announced their Q4FY22 results till now. Check out the following table:

Bottom line: In many segments, of the automobile industry, we can see the early signs of improvements happening. We can definitely delve deeper into the same, regularly track and take advantage of the potential opportunities.

PS: Tata Motors unveiled the first look of its new concept EV model Avinya which got everyone excited!

✔️ Confusion among investors on Viacom18 news: Bodhi Tree systems have announced to raise Rs13,500crs to invest in Viacom18 and Reliance projects to invest an additional Rs 1,645crs in Viacom18.

This was supposed to be good news for the company as this deal shows the confidence of the acquirer in the company and it would have also led to the re-rating of other companies (Like Niraj Shah also mentioned here).

But retail investors got confused by this announcement as there was no clarity on at what valuations the stake will be acquired. Also, the announcement mentioned that Jio cinema will be merged under Viacom18 which means Viacom will have to pay the lump sum amount to Jio.

Due to these reasons investors were negative on the deal and company saw a heavy selling on the same day itself leading the share price of Network 18 Media & Investments Ltd to fall by ~20%.

✔️Radhakishan Damani is planning to join hands with the potential bidders to invest Rs~10,000crs in Ambuja cements. He also owns 23% stake in India cements.

P.S: After seeing at the bullishness of the veteran investor, I am definitely more curious to understand the cement sector in detail now🙋‍♀️

4.1 Very interesting write-up by Morgan Housel on “The Rich and the Wealthy”

4.2 A very good explanation in the snippet below by the fund manager of Aquamarine Investment managers on why they liked IEX & their view on the valuation. This definitely gives a good primer on what factors one investor should consider while investing in extraordinary businesses.