Why Indian Gas ecosystem will do well

Home » Why Indian Gas ecosystem will do well

Why Indian Gas ecosystem will do well

Last week, the HDFC Ltd & HDFC Bank’s merger stole the show, with indices dancing to the tunes of the twins. The big announcement came pre-market open on Monday, sending both stocks into dizzying heights of up 17% during the day, closing slightly lower with 10% gains. What played out over the next 4 days was the slow melting away of the euphoria with both stocks giving up all gains of Monday.  So as we head into a new week, prices are the same as last Monday open, but the market is trying to digest the big bone. And prices are set to find a direction. An interesting week awaits. Meanwhile, I wrote an analysis of the merger here.
On market snapshot, the outperformance of Power and Utilities sector has been tremendous across time frame – week/ month/ 1 year/ 3 years basis. We had explained the ongoing power reforms here, but while the Electricity Amendment bill is still awaited, the move makes me cautious.

I visited Mumbai’s Marine drive at midnight and it leaves no doubt that Mumbai is back to normal. Maybe beyond normal. There is an urgency to make up for a lost time. Revenge consumption, revenge travel, revenge whatever.

I will bet on consumption over inflation – Pharma & Healthcare, Technology, FMCG, Financials. I guess the power demand gives a hint of the consumption wave to follow. Take a look at the market snapshot here: 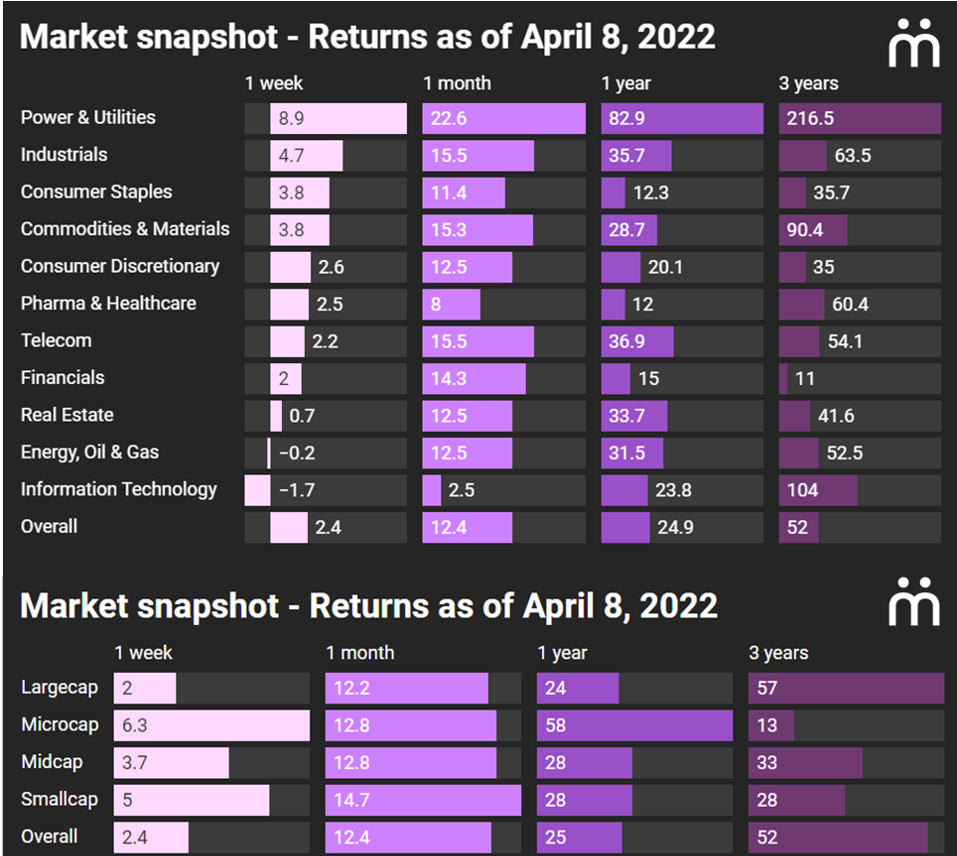 2. Why does the Indian Gas sector deserve more attention?

Two days back, I watched a CNBC interview with Puneet Khurana – MD of a listed company called Everest Kanto Cylinders which makes gas cylinders. I saw extreme bullishness on Gas sector from the commentary.

The sector is mostly dominated by PSU companies. The general perception goes – “All the PSU sectors destroy wealth”, so it made me wonder if this segment is an exception.

My view was confirmed when I went through Motilal’s last wealth creation study! Did you know: Oil & gas sector ranks 4th in terms of wealth creation (In the last year’s study, Oil & gas was at the 3rd position, even ahead of IT👀)

If we look deeper, there are only 2 companies that have consistently created wealth in the last 5 years (FY16-21) – Gujarat Gas & Indraprastha Gas. Many other names are showing good revenue growth & margin profiles – Mahanagar Gas Ltd, Adani total gas Ltd and GAIL.

So let’s understand the sector more..

Based on positioning in the value chain, Oil & Gas companies are bifurcated as:

The government has been taking many initiatives to support Natural gas’s contribution from ~6% currently to ~20%  and growth in the country.

India is the world’s 3rd largest consumer of energy. Further, we have very high dependence on fossil fuels like coal & petroleum at ~90%. Like US and China, where half of the incremental energy demand is fulfilled from natural gas, India needs to increase Gas contribution in Energy mix. The

As Hydrogen gas industry will at least take ~6 years to be able to contribute meaningfully, focus on Natural and CNG gas will increase significantly in near future.

Chances are high that the LPG cylinders at your home have already been replaced by gas pipelines and meters.

This helped in a total of 78.65 lakh piped natural gas connections and 3,094 compressed natural gas stations on a provisional basis.

How will these initiatives help? 🏁

So these initiatives will help in increasing the supply and there’s already a lot of demand especially from the power and fertilizer sector which will drive the growth.

So who will benefit from all this?

The upstream companies, i.e. companies engaged in exploration/mining & production. Due to the Russia-Ukraine war scenario, there is a global supply crunch and this led the international as well as global gas prices to increase.

Natural gas prices are expected to be at elevated levels for a significant period of time so it will definitely benefit companies at the upstream level such as Oil India Ltd, ONGC Ltd, Essar Oil, Tata Petrodyne, Cairn India, and Hindustan Petroleum.

Also, high gas prices are hitting the margins of CGD companies like GAIL & Gujarat Gas, Mahanagar Gas & Indraprastha Gas as they are not able to pass on the high costs fully to customers. This is assuming energy prices stay high.

But if we talk about the long-term duration of 4-5 years this is the segment that can drive the sector’s growth as a whole as the majority of the expansion initiatives are towards the CGD segment itself and one can have a bullish view on the same.

Overall, I believe that Gas economy will continue to gain and one can consider a few names to invest in especially in CGD segment.

✔️ Tata Neu – India’s first real super-app: We explained all details in our note this week:

✔️ Coinbase is a crypto exchange platform in the US and has partnered with the country’s most popular retail payment platform UPI to tap the Indian market as well. 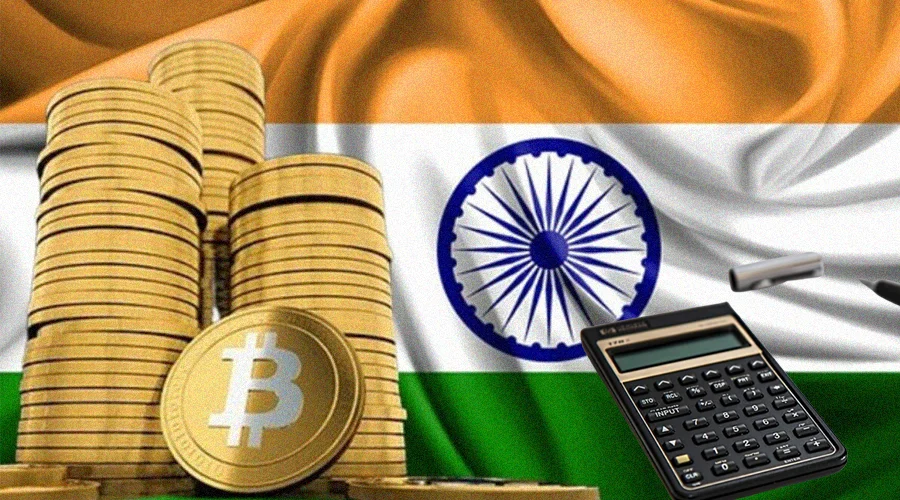 ✔️ India’s agricultural exports crossed a new level of $50Bn in FY22. This is majorly driven by Wheat, sugar and rice. Not just this, Marine exports also have reached a new high of $7.71Bn.

4.1  Safer, Yet More Afraid than ever by Ted Lamade

4.2 5 things investors must not ignore– Learnings from Manish Chokhani

4.3 A detailed write-up on The current financial thing

4.4 Modern Value Investing: Finding the Right Mindset explaining how to mentally approach the ups and downs of Mr. Market